Former parishioner Jack Miles has undertaken no less ambitious a project than writing a”biography” of God, winning a Pulitzer Prize in the bargain. 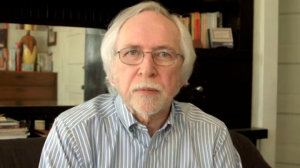 But when the publisher W. W. Norton & Company approached him nine years ago about serving as general editor of its inaugural edition of “The Norton Anthology of World Religions,” Mr. Miles, a former Jesuit seminarian, balked. While the timing seemed right, given the continuing post-Sept. 11 hunger for interreligious understanding, the task was dauntingly huge.

“I didn’t think I knew enough,” Mr. Miles, a professor of English and religious studies at the University of California, Irvine, recalled recently.
Still, he was persuaded, and now the anthology – featuring some 4,200 pages of texts spanning roughly 3,500 years – is HERE.

Jack, having relocated to Irvine, is now a parishioner at Messiah, Santa Ana. We remain proud at St. Edmund’s!