Martin Chalifour: The Making of a Concertmaster

MARTIN CHALIFOUR began his tenure as Principal Concertmaster of the Los Angeles Philharmonic in 1995. The recipient of various grants and awards in his native Canada, he graduated with honors from the Montreal Conservatory at the age of 18 and then moved to Philadelphia to pursue studies at the Curtis Institute of Music.

Chalifour received a Certificate of Honor at the Tchaikovsky Competition in Moscow, and is also a laureate of the Montreal International Competition. Apart from his LA Phil duties he maintains an active solo career, playing a diverse repertoire of more than 60 concertos. Chalifour has appeared as soloist with conductors Pierre Boulez, Gustavo Dudamel, Charles Dutoit, Christoph Eschenbach, Sir Neville Marriner, and Esa-Pekka Salonen. Outside the U.S., he has played solos with the Auckland Philharmonia, the Montreal Symphony, the Hong Kong Philharmonic, the National Orchestra of Taiwan, and the Malaysian Philharmonic, among others.

Chalifour is a frequent guest at several summer music festivals, including the Sarasota Festival, the Mainly Mozart Festival, and the Reno Chamber Music Festival. In December 2014 at the same Nevada festival, Chalifour was featured with his friend and colleague Noah Bendix-Balgley in a special program entitled “The Concertmasters of the Berlin Phil and the LA Phil.” Maintaining close ties with his native country, he has returned there often to teach and perform as soloist with various Canadian orchestras, most recently with the Vancouver Symphony and Bramwell Tovey.

Martin Chalifour has recorded solo and chamber music for the Telarc, Northstar and Yarlung labels. He teaches at the University of Southern California and Caltech. He was appointed as a Yosemite Centennial Ambassador for 2016, serving to inspire a new generation of stewards and supporters in the 100th year of the National Park Service. 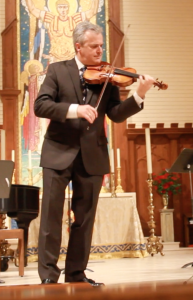 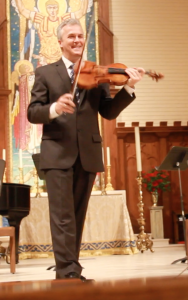